Friday, March 13, 2009
Finally! We have proof of his gayness! (Not that it wasn't already obvious enough but you know.) 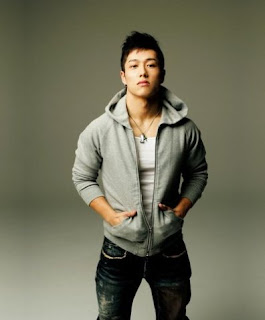 This was taken from his Xanga, which he updated before his debut as a Jpop singer. Here's one of the entries taken from that site.

I met this guy named, well we'll just call him K. Uh, met him probably a little over a month ago. Friend of a friend. When I first had dinner with him I wasn't that into him at all. Actually my friends refer to him as 4.25 cuz they all asked me how my date went and I said, "Personality, 7. Body, 7. and Face, 4.25!" LOL. I know that was so wrong of me. But as we spent a little more time together and talked on the phone almost every night I grew kinda attached to him and when I'm usually so good at pointing out something wrong with the other person (and in fact I did so as well with K at first) but over time with my friends blessings and support I decided to take a chance with K and began to be a little bit moer assertive.

I GOT THE BOOT! DUMPED! KICKED TO THE CURB!

I slept over one day. DID NOT SLEEP WITH HIM! And all of a sudden after we said bye at the train station, no email, no call, no nothing. I did send him an e-mail or two over the next few days and left him a breif message but no reply. I mean its one thing to dump me to my face or atleast over the phone or through an e-mail. No. none of the above existed and it was foolish of me to have even hoped for that to bring closure to my foolishly aching heart.

After a few days which was actually last night, I sent an email to his friend asking him if he had any clue why K stopped contacting me and told him my thoughts on this issue. Nothing insinuating any negativity. I just told him I had not heard from him in days and that he's checked out my "Gay Friendster" like sight cuz we have that here, kind of like DOWNELINK for those of you who are farmiliar but except with our version it tells us who has been checkin out our sight and when. So basically what was weird to me was he doest call or anything but checks out my sight and probably has read my BLOGS. So anyway I expressed my confustion to K's friend and then this morning K messages me THROUGH this gay friendster site. Not a phone call, or an e-mail. he GAY FRIENDSTERS ME! How fuckin GAY is that!


I didn't edit any part of it. All the typoes and grammar mistakes are purely him! LOVELY.
Sigh, Jpop can be so amusing sometimes.

(It's still boring as heck this year though.)

(And Perfume's One Room Disco is just pure awesomeness. Did I already mention that? I think I did.)

(Happy Friday the 13th everyone!)