Tuesday, January 15, 2008
Many PVs have been released since I last reviewed one (Ayumi, sigh) and to be honest, none of them contain any storyline whatsoever that I can talk about, which makes for very very short posts that nobody cares about.

So in this post, I will give the longest possible review on 3 different PVs. Don't put too much hope on me though, I really have nothing much to say about these yawn-makers. 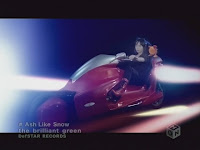 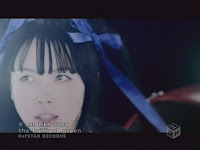 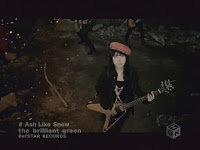 This PV is just plain weird. I have no idea whatsoever on what they are trying to achieve by constantly bombing the set. The girl (whatever her name is) looks either like a demented Sailormoon or like a young girl holding her daddy's hugeass guitar, neither of which impresses me really.

Demented Sailormoon rides around aimlessly with her trusty orange ball. In no way does this motorcycle thing fit into this PV. It probably would have if it exploded while she was on it, or something entertaining like that. 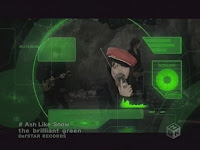 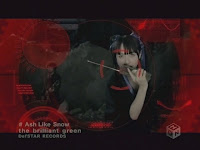 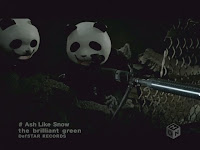 At random points of the PV, this aiming-screen-thingo appears on Demented Sailormoon's face, which makes me think of very gruesome and nasty things, which is not pleasant.

And thus they finally reveal who wants to kill Demented Sailormoon (my first guess was Demented Cardcaptor Sakura, but that would be too easy). The answer is PANDAS.

Well, Demented Sailormoon must've burnt heck of a lot of bamboo shoots or something for these pandas to want to get off their lazy bums, learn to use guns, and shoot her to her death. Morbid, but I'm guessing she deserves it. 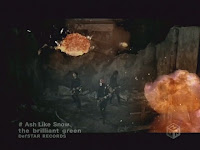 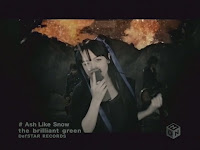 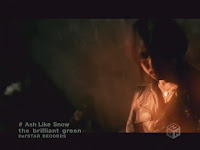 Well not to worry, she doesn't die (too much paperwork for their management). The pandas have horrible aiming and seems to be able to blast anything except for these three. Amazingly, the set is made out of some indestructible material, which doesn't crumble or turn black or anything even after multiple bombs. The three of them have lost their minds, and decided to stand there and wait for their deaths as explosions.... explode around them.

What kind of a moron does that? In any case, the guys look bored. Demented Sailormoon takes a walkie-talkie and sings to a control tower (I'm just guessing) which I pity so much. 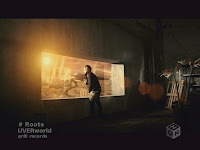 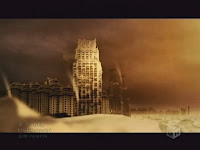 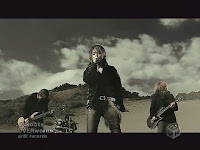 TAKUYA (with the weird forever sign behind his name) sings by himself loudly towards a closed window, hoping to gain some attention in the desert world he's living in.

Thankfully, all of his previous band members have not died and heard his call (scream/sing/whatever - depending on the genre of music you fancy) and decide to drag him out to the desert to sing a song to no one in particular.

Sand blowing in their eyes must have been a lovely experience, as is standing in the sun with winter clothes.

How they got electricity to play those instruments, I have no idea. But who cares when you've got bandmates (willing to get sunstroke for the sake of music) in this lonely sandy world right? 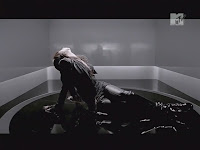 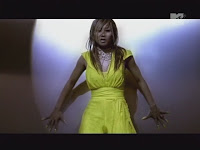 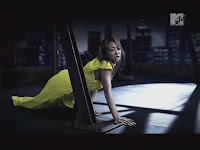 The PV starts off with her looking for the heavens, praying that such a horrible PV would sit well with fans.

Koda Kumi dons a godawful boobie-safe outfit, which looks like a workman's suit or perhaps a janitor's outfit, none of which match the scary heels she was wearing.

Nonetheless, she starts squirming like she has some sort of disease where the sun don't shine and crawling around in a supposedly-sexy manner. She looks deranged. 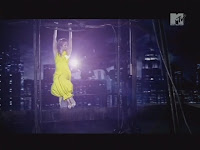 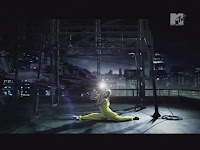 And so somehow, a helicopter comes around and spots Koda Kumi and just decides to hover around her for the heck of it. Kuu, after being found out by the helicopter (which I'm assuming to be a bad thing), doesn't run away but rather does even more crazy things like hanging from a bar and some splits. Yeah, that'll show them to hover around you when you're squirming, you go girl!

But she gets bored and runs away eventually to another corner to squirm some more. She needs help. 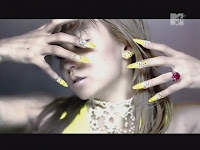 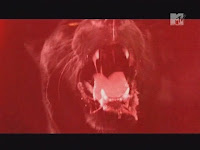 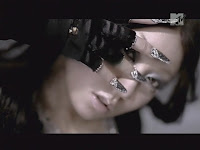 Both of her outfits in this comes with horrible looking nails (they look like play-dough/doh/whatever), and at last we know the hidden meaning behind the PV!

Kuu starts off as a Panther in a zoo (hence the turning thing to exhibit her), who somehow gets away and does crazy things. Helicopters come to capture her back, but she knows she's so damn FREAKY (weak pun totally intended) that she doesn't give a hoot and does some more crazy things.

Next post: WaT - Yume no Tochuu, Nakagawa Shoko - snow tears, and one more PV which I shall choose later. Should I do a creepy Perfume PV review, or a tiring-to-watch Ketsumeishi PV review?