You get the drift, not that that statement above refers to any of the PVs recently.

Perfume - Baby Cruising Love
Can't see what the hype is all about, the light bulbs they were playing with look like some other form of substance that comes primarily from men. Freaky robotic voices scare me. 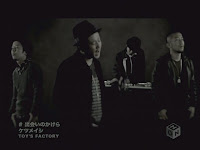 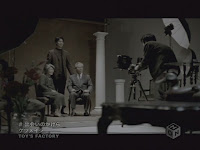 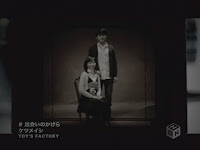 Rapping about some guy who sort of lost his partner who came back in the end is really just a bit pointless in my opinion. Like what am I supposed to do? Go "Awww! She came back!"? Perhaps if he committed suicide THEN she came back then I'd be more reactive, like "Sucks to be both of you". Seriously, rapping plus sad sappy story don't quite seem to fit in my mind. 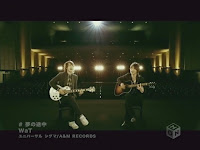 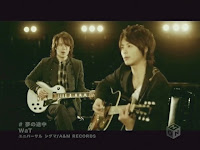 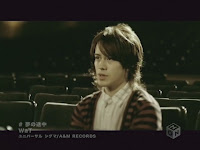 Two of them sitting on a stage singing and playing guitars to an empty concert hall. Sorry boys, but Depapepe did that already a few months ago (two people, in a concert hall that was empty, playing guitars. One word - oops). Except your version has you guys sitting in the audience ogling at yourselves. It might be a bit gay, but hey at least it's different right? Now please go at it with each other and satisfy all the fangirls already will ya? (Side note: Song was decent though, at least they had that.)

Hiroko in window, then empty concert hall (except musicians and them two) singing to zero audience. Am I the only one finding this astoundingly familiar? This Hiroko in window then concert hall process repeats itself for, oh I don't know, 34 times throughout the whole PV? Any more it'd be hypnotic and cruel.

She keeps clutching her jacket as if it is insanely cold. She sits around being all emo and cold (WEAR SOME MORE DAMMIT) while the window behind her flashes odd cityscapes and scenes. Er, ok. Point being...? 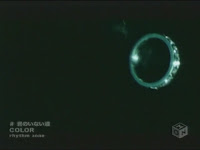 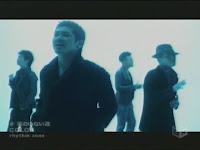 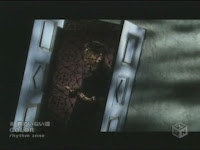 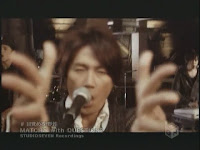 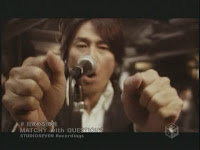 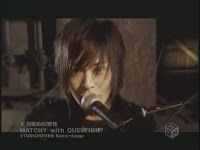 Retire dude. Old guy totally disregards microphone and sings into the air. He then does some hand actions which look like some form of exercise for his arthritis. The QUESTION? boys try to look cool with their instruments and all, but show off some trademark JE effeminacies. And by the way, what kind of name is "QUESTION?" anyways? So you're no supposed to say it like question with the flat tone, but quesTION?, with the rise in tone at the back to make it sound like a question? I'm confused. 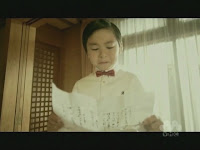 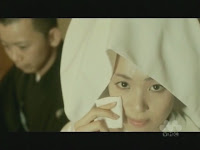 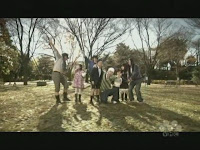 So there's a wedding, and then they sit all around while people cry, and people console each other. RSP's dancing takes a backseat (or hey, it totally went backstage even) which is kinda odd since RSP is better known for their dancing. Then little guy stands up, fake cries over his letter to his sister, and sister fake cries as a reaction to his letter. Very heartwarming indeed. The parts where they danced with the little children were much better, at least that looked more sincere than this Insurance policy commercial they've created. You can just hear the cheesiness - "Don't let them cry ever again, get RAID insurance to ensure their happy futures." 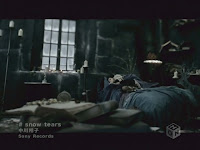 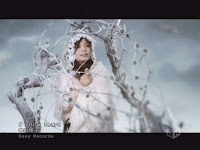 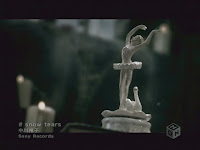 She sits high in a bare tree singing about her plight. Poor Shokotan has just awoken from a LOOONG LOOOONG coma, so long that she has cobwebs all around her and dirty windows and it so happens that it was snowing. What's pathetic about this situation is that she had no friends/family who looked for her all this while. Damn, she must be unpopular. I think she loses her memory a bit, because otherwise she wouldn't sit in a tree and sing (like a kid) and play with broken toys and glitter (like a kid). Depressing.

So there you have it, 9 snarklets from Raid. Not too much to digest, because otherwise, it'd get toxic.