Friday, December 14, 2007
Initially I want to continue on the HM@ X Guro post, but I had nothing much to say except how cute Aika is, so I skipped that.

Then I was going to compile a list of my top 10 artists of 2007, but as Kimitsu noted, it is very overused. So I'll have to keep that till I'm really desperate.

And so, here's the topic this time:

TOP 10 FASHION DISASTERS ON MUSIC STATION
I doubt anyone has done this yet (if they have, they're really bored and insane, like I am). So here we go! 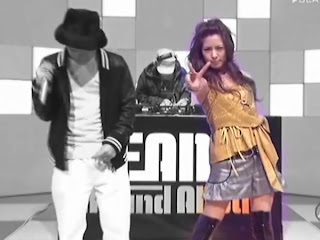 This outfit looks plenty weird on our dear BoA. Doesn't it look like a modified raincoat to you? No wait, actually it doesn't. It looks like the sewing machine ate up her curtain AND her raincoat, then vomited out this mess. And is that a plastic bag she's wearing as a skirt? Oh goodness. 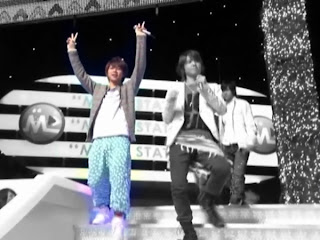 Looks like someone woke up way too late and rushed to work immediately. Since when is it okay to go on a television show in your pajamas? Worse still, it looks like the pajamas of a CLOWN. Add on to that grandma's cardigan, and you have this lovely outfit. Smashing. 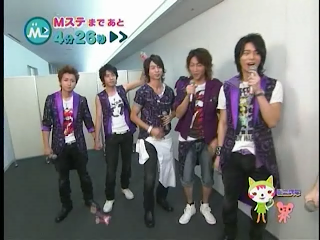 Damn! Masuda already wore his grandmother's outfit! What should we wear! Oh I know! Why don't we cut up this lovely purple carpet and make them into cool outfits that match! Oh the fangirls are going to think we're so cool with our matching outfits, and it's so unique too! Damn, we're smart! 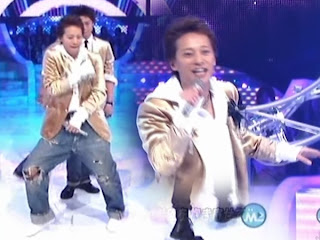 While this really isn't a bad outfit, Nakai is simply OLD, and old people should refrain from wearing jeans with huge holes that are way too close to their.....

Ahem, anyways. Someone tell me why he is wearing bandages on his hands? Is it some old-people kind of fashion statement that I can't seem to understand? Looks that way for sure. 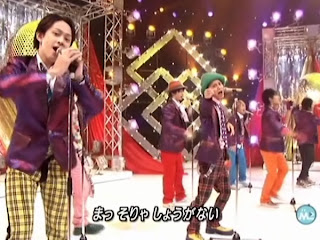 Kanjani 8 has an odd fetish for wearing utterly HORRIBLE outfits, and this set won't let you down either. Gaudy colors that simply clash like a paint truck accident, this would have been painful to look at, had it not been so funny. Which is what Kanjani 8 does really, be funny in horrible outfits. 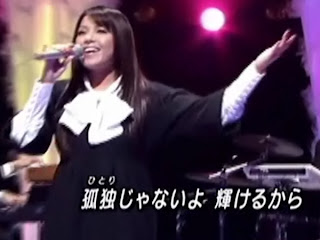 Identity crisis alert! Yuna can't decide whether she wants to be a nun, some choir girl or to go to a funeral! Won't someone help the poor girl out? Start with that hideous huge bow tie please. *shivers* 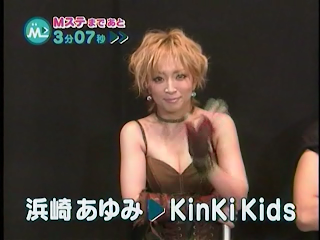 I really don't know what's wrong with the outfit, but it just is. Perhaps because of her messed up hair, her tired face, and how revealing this outfit is, it gives me the impression that Ayumi was doing something really vigorous (if you know what I mean) just 10 minutes before the show. Couldn't she keep her recreational activites for after the show? Desperate much? 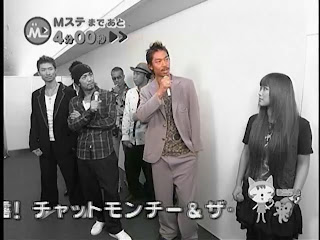 *headtable* Why did he choose such an OLD LOOKING SUIT TO WEAR?! He doesn't look all too young to begin with, so he should really choose something that makes him look.... fresher at least. Now he simply looks like a grandfather, with bad fashion sense. Which is not too far a stretch is it? 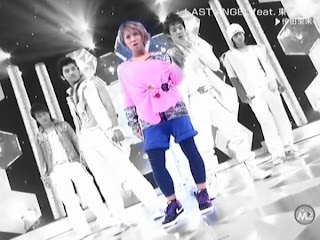 Another artist infamous for godawful outfits, Koda Kumi outdoes herself this time in this pink-blue-black-purple outfit (the colour scheme of an injury, then a bruise). She couldn't decide between the gray and the pink top and hence decides to safety-pin the two together. Then she faces another dilemma - leggings or shorts? Then comes the sudden realization that SHE CAN WEAR BOTH! So both it is. Looking at herself in the mirror, she can't really decide what style of clothing she is wearing. Since it is more sporty than anything, she decides to steal the shoes of a random Tohoshinki member to complete this nightmarish getup. Kudos for moxie. 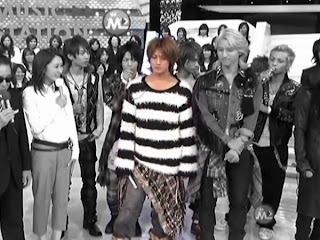 Hmmm, why does this outfit look so familiar? 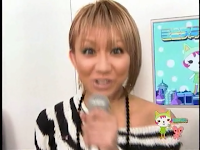 Akanishi Jin, having no idea what to wear decides to consult fashionista Koda Kumi! Koda Kumi simply lends him this outfit (that she wore on Music Station too) and tells him not to worry. Jin sure knows where to look for help doesn't he!

My biggest gripe with this outfit is probably how furry it is. Akanishi Jin should not be on Music station, but rather on Sesame street or something. In fact, he looks like he went to Sesame Street JAIL. He should really go there though, considering what a huge fashion crime he is committing here.

[A few of the better dressed ones] 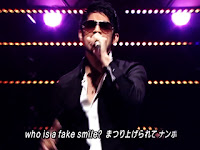 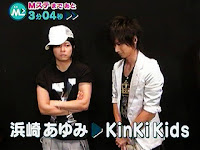 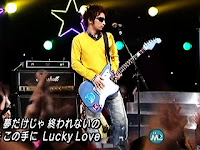